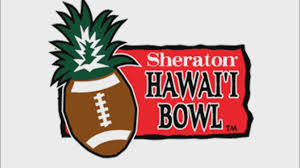 This would be the 13th time that Fresno State will play a bowl game in the past 15 football seasons, but they were not very lucky at all lately in that department, as they lost the last five bowl games that they played both SU and ATS. Pay per head bookies believe that the Bulldogs could be a bit luckier when they take on Rice in the Hawaii Bowl taking place in Honolulu on the 24th of December.

The betting line opened with Fresno State as the favorites by two points, and 59 was the total.

Fresno State had a 0-3 start to the season, having been defeated by the USC Trojans, Utah Utes, and Nebraska Cornhuskers. The Bulldogs were then able to win three consecutive games and got even, but then they ended up losing three straight meetings, which include a decision in overtime in their game against the UNLV Rebels, as well as a very difficult loss to the Boise State Broncos.

Therefore, the season for the Bulldogs came to an end on a run of 3-1 SU and ATS, and they would like to take this to the bowl game.

This year, the Rice Owls had a start of 0-3, but from the times that they were beaten, two of them happened when they took on the Notre Dame Fighting Irish and Texas A&M Aggies. The Owls were then able to win six straight meetings both SU and ATS, and in half of those wins they were able to make the 40-point record, before they finished the season 1-2 both SU and ATS.

Rice are set to feature in a bowl game for the third year in a row. Looking at the statistics, the Owls are not very impressive at all, but this season they were able to outrush 7 out of 12 of their opponents, scored 31 points – at least – on seven occasions, and seven of their opponents were held to 23 or less points. If Rice can score 31 points in their game against Fresno State, they should be doing pretty well.

The Bulldogs have an edge offensively, but pay per head bookies know that the Owls are better off defensively. And when it comes to close matchups, the defense is the wiser option.