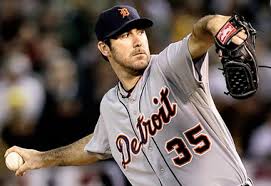 The MLB regular season is about to start and MLB betting fans can’t wait another minute for their favorite sport.

Thursday, pay per head agents learned that Justin Verlander has landed on the injury list already. A triceps strain means that the Detroit Tiger pitcher won’t make it for the first games of the season while healing the a right triceps strain. He has been put on the list for 15 days.

Verlander has never missed so much time in the 9 previous years he has been in the league, and the move was backdated retroactively to Tuesday, which means the pitcher will be available for the April 12th game.

The Tigers host the Minnesota Twins for their season opener on Monday at 1:08 pm ET.

Also on the DL list for the Tigers is reliever and MLB betting favorite Bruce Rondon with biceps tendinitis after pitching Wednesday in Florida. He had intended to try for a second straight day, but was experiencing some pain.

“I don’t think anyone thought it was something awful when he complained of the soreness yesterday,” Manager Brad Ausmus said. “Bicep tendinitis is fairly common. And in Spring Training it’s fairly common as well, because guys’ arms aren’t in midseason throwing form. For him, it’s probably exacerbated by the fact that he didn’t play last year.”

And finally, good news before the MLB regular season for any sports/entertainment fans out there. Remember that day when comedian Will Ferrell played for 10 teams in 5 different games covering every position, all in the Cactus League spring training?

The gear that Ferrell used will be up for auction and all proceeds will be going to charity. The stuff will be auctioned piece by piece and all money raised will go to Stand Up 2 Cancer and Umpires Care.

#FerrellTakesTheField, was a partnership between MLB, Funny Or Die and HBO, which raised almost $1 million for Cancer for College.

The game used items will be available for auction at MLB.com.