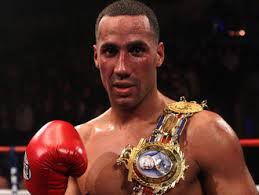 James DeGale believes that he’ll successfully beat Andre Dirrell and turn into a world champion even though he has to fight in the US during the spring, and white label sportsbooks would like to see if the British fighter will make it.

Both fighters are set to face each other for the empty title of the IBF super-middleweights, and for Tuesday’s clash, the purse was clinched by Dirrell’s team.

But DeGale, who’s 29-years-old, said that he proved in his career that can prevail in enemy territory.

“It went to purse bids, that means any promotional company can bid for it,” said the fighter. “Eddie Hearn sadly lost the bid, so it looks like I am going to have to go to America now to fight for a world title.

“I’m a little bit disappointed, but more for the British fans, because they are not going to see me win a world title live.

“I have been all around the world as an amateur, boxing abroad, and I have brought back titles and results. I am confident of doing it again. My last two performances have been spot-on.”

A date has not been set for the fight, even though there were mentions that it would get underway on the 24th of April in Chicago, and DeGale said that he’ll be prepared by then.

“It is hard graft in the gym,” he said. “Everyone knows that I am trained by a taskmaster in Jim McDonnell.

“He is very good and he is working me extremely hard so, by the time I go over there, I will be extremely fit and ready to do the business.”

However, DeGale admitted that Dirrell – 31-years-old – will give him some trouble in the ring, and white label sportsbooks don’t see this fight as an easy one for the Briton. When he was asked about what he thought about Dirrell, the fighter said: “He’s tricky. A good, tall, southpaw.

“He knows how to fight and is a former Olympic medallist. His professional record is nearly perfect, the only loss he has got is to Carl Froch. He is a good technical fighter.

“It is going to be a difficult fight but it is a fight I am confident of winning. A lot of people say our styles are going to clash but I think they are going to gel.

“There is a lot on the line. We are both young, both hungry, so that makes for a good fight. Hopefully, it will be live on Sky Sports and the British public will get to see their very own Olympic champion become the first gold medallist from here to win a world title.”

Then, when he was asked about what he wanted to tell Dirrell, the fighter said: “Prepare yourself because I am coming for you. I am coming for the world title. It is my destiny to become world champion and I can’t let this chance pass.”