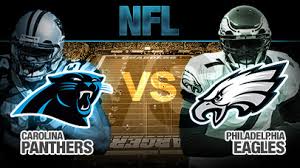 The Eagles, who are on top of the NFC East, will keep on playing with the services of starting QB Nick Foles when they take on the Panthers at home on Monday night, in what many companies providing internet bookmaker solutions believe will be a very intense battle.

Last week, Foles suffered a fractured collarbone when the Eagles beat the Texans 31-21 as the favorites on the road by two points, and QB Mark Sanchez will be the one to start under center when his team takes on Carolina, who didn’t win a single game the last four times that they hit the field.

The betting line opened with the Eagles as the favorites by six points, and 48 was the total.

The Panthers were in a truly deplorable state when they lost to the Saints 28-10 on Thursday night, but they’re certainly better than how they performed against New Orleans, and they’re set to take on an injured Eagles defense that won’t have the services of LB DeMeco Ryans, who suffered a torn Achilles when his team took on Houston.

The Panthers have a very solid defense that will go head-to-head with Sanchez, who does a good job on one play but not on the next one. Carolina went 9-3 ATS the last 12 times that they played as the dogs on the road.

They were also able to win outright as dogs the last two times on Monday night, which include a victory against this Eagles team.

Philadelphia know that what they have to do to stop the Panthers on offense is to apply pressure on QB Cam Newton. Last week, the Eagles saw New Orleans do it, and this time around they won’t change their plan in the game. The Eagles want to control the NFC East from Dallas, who ended up losing last week, and who seem to depend much more on QB Tony Romo.

The Eagles also have a very difficult game on the horizon against the Packers, and the team is only four home games away, which include the one against the Panthers. Lately, the Eagles were considered to be the clear favorites at home, as they went 6-2-1 ATS in the last nine games played at Lincoln Financial Field, something that could definitely give them an edge.

The key element in this meeting is obviously Sanchez, and the player was not consistent at all in his career in the league. If he’s able to make a good performance, the chances that Philadelphia will get to cover the spread are pretty good, particularly if it’s able to stay at less than a TD.

Many companies offering internet bookmaker solutions believe that the smart bet in this game would be to go for the over, but anything could happen.