Pay per Head Agents: The Cardinals Abraham set to miss the season after concussion 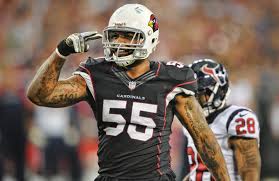 On Friday, the Arizona Cardinals announced that John Abraham, outside linebacker, was put on the IR list due to a concussion, and pay per head agents were sad to learn that the player will be out for the whole season.

Since Monday, the player was going through the last stages of the league’s concussion protocol. Coach Bruce Arians said that on Tuesday, he was unable to pass it, and Abraham had to wait 48 hours before giving it another shot. The player was not able to practice on Wednesday or on Thursday, and he was riding a stationary bicycle for part of the Cardinals’ practice.

On Thursday, a 36-year-old Abraham was unable to pass the protocol once again.

“The concussion protocol really did its job in coming back and finding a couple problems,” said Arians.

“The doctors feel he should shut it down for at least a year, and we’re glad that we caught it now and not later.”

The coach said that Abraham being placed on the list of injured reserve-designated to return players was not optional because he would be out of the game for a year or more.

Arians wanted to have the player set and ready to go for the Cardinals’ game against the 49ers on Sunday. If he would have been given the green light to hit the field, he would have gone back to the team’s starting lineup.

“I felt bad because I think the concussion had part to do with the depression and everything that went on last week,” said Arians.

“And he was excited and ready to roll and hoping to get the OK from the doctor and then get that kind of news was real hard. We talked in the locker room this morning and you feel bad for somebody who’s probably [at] the end of their line.

“We’re going to miss his leadership. He was like an extra coach. He had so much knowledge, and he shared it with all the young guys every single day not just outside ‘backers. Everybody. And was fun-loving, and I’ll miss him in the locker room.”

Pay per head agents were very worried when on Week 1, the player suffered the head injury on “Monday Night Football.” Abraham then took a leave of absence for a week a day after the concussion, and with very good reason. The player decided to return to the Cardinals on Monday, he paid a visit to a neurologist, and on Tuesday he joined the team again.

On Monday, during a news conference, the coach believed that the player was ready for action.

“I knew a lot of it was to do with the headaches and the first real big one he’s ever had,” Arians said Monday. “There are other things we’re dealing with, and he’s fine with those.”