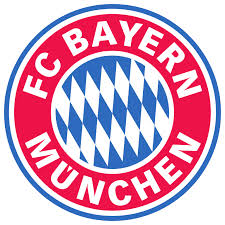 Pay per head services found out that Bayern Munich is being investigated by UEFA over the conduct of their fans during their Champions League match with Arsenal on Tuesday.

Bayern – reigning champions and big favourites with pay per head services – were able to progress to the quarter-finals with a 3-1 aggregate win, but two banners that were displayed at the Allianz Arena by home fans raised plenty of eyebrows.

One banner read “Say no to racism, say yes to Kosovo” in reference to a campaign to have FIFA officially recognise the territory, and pay per head services were very surprised when they saw another banner that showed a man in an Arsenal away strip bent over in front of a cannon, with the words “Gay Gunners” written on it.

Price per head services found out that the European governing body are also looking into the late kick-off of the second-leg clash on Tuesday.

UEFA said in a statement,: “Disciplinary proceedings have been opened against FC Bayern Munchen for discriminatory behaviour of their supporters (art. 14 DR), display of an illicit banner (art. 16 (2) (e) DR), and late kick-off (art. 11 (2) (g) DR) at their UEFA Champions League round of 16 match against Arsenal FC (1-1), which was played in Germany on Tuesday.

“The case will be dealt with by the UEFA Control and Disciplinary Body on 20 March.”

In December, Celtic were given a €50,000 fine for the display of “illicit” banners in their home tie with Milan, and pay per head services saw how problematic this proved to be.

Pay per head services remember that last season, Ajax were also given a €10,000 fine by UEFA for displaying a banner referencing the ownership of Manchester City when facing the Premier League club.

Fans all over the world and pay per head services can see how controversial this situation is proving to be, and wonder what UEFA will ultimately do about this matter.