Pay per Head: Broad believes that England can still salvage something 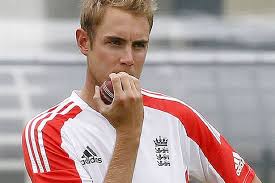 Pay per head services learned that Stuart Broad, England fast bowler, still believes that the squad will be able to save something from the third Test despite a bad day against Australia at the WACA.

Australia are closing in on a victory in Perth after they moved into a 369-run lead, thanks in part to a 112-run contribution by David Warner.

In the match, pay per head services saw that Broad’s participation was limited after the player was forced from the field of play courtesy of a yorker by Mitchell Johnson which caught him on the right foot – a delivery which also resulted in the player being dismissed for lbw.

Broad will not bowl again in the third Test, although if needed the player will go back out with the bat, and price per head services would really like to see what will happen with him.

Pay per head services were glad to learn that despite yet another horrible day for England in the series, the 27-year-old – now on crutches – said that Andy Flower’s players will not let the ugly scenario affect their belief.

“Bit of a frustrating morning losing those wickets and then obviously Australia batted fantastically well, but we’ve still a lot of belief in the changing room that we can do something special in this game.

“There are still two days left in this game. This team has done some special things in the last three or four years and we need something special over the next two days.

“We give a lot of credit to the Australian bowlers. They are running hard at us and not letting us score easily. They have stuck to their plans and it is unlike England not to score a hundred.

“The guys are disappointed but we have to improve in the second innings here and for the rest of the series. There is a lot of belief that things will change for us.”