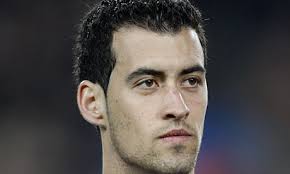 Sergio Busquets said that even though Barcelona slipped to consecutive losses on Sunday for the first time since March, the club is not concerned, and pay per head services were very happy to learn that they’re keeping a positive attitude despite their bad spell.

Price per head services saw that Barca were beaten 1-0 at Athletic Bilbao, after a UEFA Champions League loss of 2-1 on Tuesday against a 10-man Ajax, leaving many fans that follow the Catalan giants very concerned over the team’s overall form.

This marks the first two losses after Gerardo Martino became the manager at Camp Nou, but pay per head services were very happy to learn that Busquets is confident that Barca will put the losing streak behind them.

“There’s no need to be alarmed, we just have to carry on,” he said.

“We have to win the two games left to play this year and learn both from our errors and the things we are doing well.

“Maybe Bilbao pressed better than us – they are stronger than us and that’s normal.”

Pay per head services also found out that Javier Mascherano, Busquets’ team-mate, was keen to stress that Barca stayed in a good position for a successful season – something that fans everywhere hope is true, and they would like to see things turn around for the club as soon as possible.

“Nobody likes to lose,” the Argentinian player added. “It hurts to be beaten – but let’s not forget we are still leaders.

“We’re going home sad. We were more intense than against Ajax, but that wasn’t enough to give us the win.

“We have to put right the things we have done badly and look at ourselves, but we’ve done things right too.”

Pay per head services and fans all over the world following Barca believe that the team will be able to break this bad spell without major problems, and can’t wait to see them return to winning ways.