Pay per Head: Eto’o does not want to leave Chelsea yet 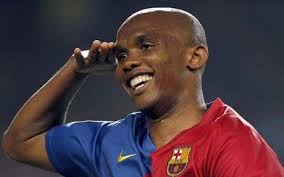 Samuel Eto’o does not plan to retire just yet and hinted that his stay at Chelsea may move beyond this season, and pay per head services know that many fans out there would certainly not mind seeing the player continue playing with the Blues.

Pay per head services were very excited to see that on Sunday, Eto’o, who this week turned 33, scored his ninth goal of the season in Chelsea’s 4-0 victory over Tottenham, and the Cameroon international enjoys his life at Chelsea.

The striker’s effort on the 56th minute was made after a mistake from Jan Vertonghen in Tottenham’s defence, and pay per head services saw that it was the 300th club goal of Eto’o’s illustrious career.

This also turned the player into the highest scoring frontman this season in Jose Mourinho’s squad, and he said that his experience can be key in their journey to clinch the Premier League title, something that pay per head services can fully agree on.

“I am happy here,” he is quoted as saying in The Evening Standard. “My age is not important.

“I work the same as Oscar or Eden Hazard. I have more experience and this is good for the team.

And pay per head services can see how fit the player is, and that age is definitely not an issue for him.

“It is an amazing thing (to score 300 club goals) but I have maybe two or three years more (in my career). I think I am going to score more goals.”

Price per head services saw that in August, Eto’o signed a one-year deal at Chelsea as he left Anzhi Makhachkala, and the player was linked with a making move to the US and former club Real Mallorca if he leaves England.

Fans all over the world and pay per head services were delighted to learn that the Eto’o won’t hang up his boots yet, and they know who much more he has to left offer in the sport.