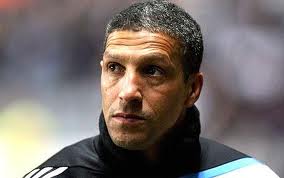 Chris Hughton was not very happy at all to see to see Norwich City not score for the third time this season as Aston Villa won 1-0, and pay per head services can fully understand his frustration.

Pay per head services saw that Norwich had a missed a penalty in the first half, as well as several other opportunities in their match at Carrow Road on Saturday as they suffered their first home league loss since they were visited by Villa in May.

Hughton decided to start Johan Elmander and Ricky van Wolfswinkel in attack, and in the second half introduced close-season signing Gary Hooper, but price per head services saw that the hosts were not able to find a way past Brad Guzan.

In the sixth minute, Robert Snodgrass’ missed penalty set the tone for a frustrating day for Norwich in front of goal, and pay per head services could see that the American goalkeeper was very inspired.

“I thought on the balance of play we created good chances,” he said. “I don’t think it’s a result that reflects our performance.

“What we didn’t have is that bit of quality, that bit fortune, that bit of guile that was going to get us the goal I thought we deserve.

“That’s the frustrating part, it’s not down to endeavour or enough in the final third, we’ve done that, we didn’t have enough quality or fortune in front of goal.

“It’s difficult to take because we created chances and got in as many crosses as we have for some time, add to that the penalty as well.

“When you have that amount of ball in the final third, you want to get more out of it. We’re bitterly disappointed to have lost.

“Our strikers are reliant on service. Ricky had some opportunities today, but it wasn’t his day”.

Pay per head services saw that it was not a good day at all for Norwich City, but are confider that their luck will improve in future matches – especially after this disappointment.