Pay per Head: Jol under plenty of pressure after Fulham loss 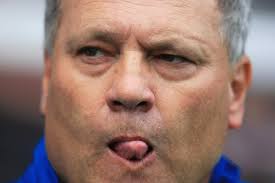 Martin Jol, Fulham boss, asked for calm after his side suffered a fifth consecutive Premier League loss at West Ham, and pay per head services can see that the coach is under plenty of pressure.

Jol admitted that his job could be in jeopardy in the build-up to Saturday’s match if Fulham didn’t defeat Sam Allardyce’s side at Upton Park, and many fans and price per head services were not very happy to see that they were beaten 3-0.

Pay per head services saw that the hosts were ahead after a deflected effort by Mohamed Diame before the final 10 minutes, when substitutes Carlton Cole and Joe Cole wrapped up the victory.

But then Jol said that he would keep a cool head, even though he acknowledged that the timing of West Ham’s opener was key.

“It is part of my job to deal with pressure,” he said. “It is not that I am not used to it, but you have to keep your head cool, that is for certain.

“We needed a result in the situation we were in and the same applied for West Ham.

“They tried to put pressure on us in the first half with the long ball and we coped with that.

“We had a strategy for Adel Taarabt to exploit the space behind their midfield and he did well. But to come out and concede a goal at the start of the second half really killed us.”

Pay per head services learned that as the pressure continues mounting on Jol, captain Scott Parker sympathised with the 57-year-old, insisting that the players should take the blame for their recent poor performances.

“The manager takes all the flak really but, ultimately, the players need to take massive responsibility,” said the former West Ham midfielder. “He is the one that picks us and we are the ones who go out there.

“It is not nice being down at the bottom of the table and obviously confidence is low but I don’t think it is a fact that the players are not willing to put in the hard work, because we are.

“We are trying everything we possibly can to turn the corner and hopefully we can do that.”