Pay per Head: Kerslake criticises Cardiff for not beating Sunderland 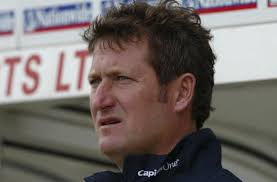 Cardiff seemed to head for victory in their first game since the very controversial decision to sack Malky Mackay earlier this week, with goals by Jordon Mutch and Fraizer Campbell that gave the team a lead of 2-0.

But Sunderland brilliantly fought back and they earned a point thanks to a strike by Jack Colback in the 95th-minute after Steven Fletcher pulled one back seven minutes from time, and pay per head services were impressed to see how well they did on the pitch.

Kerslake said that Cardiff’s men were left heartbroken by the draw with Sunderland, and price per head services saw that he criticised his side for not being able to keep their lead.

“The players the devastated in there, we got ourselves into a fabulous position and with the quality we have we expect to see the game out,” he said.

“For probably the first 35-40 minutes we blew Sunderland away, but credit to them. Gus (Poyet) has changed his shape and they kept the ball much better.

“Still, at 2-0 with eight minutes to go we’ve conceded a poor goal, there is work to be done there.”

Pay per head services found out that Sven-Goran Eriksson and Ole Gunnar Solksjaer are both believed to be in contention to take Mackay’s place, and Kerslake rubbished suggestions that he could take on the role on a permanent basis.

“With all respect, I wouldn’t be interested in this job,” he added. “I love being a coach, that’s where I see myself.”

Pay per head services saw a very interesting match and will continue to see how both sides continue to perform.