Pay per Head: Laudrup believes that Swansea City did not deserve to win 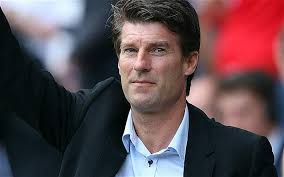 Pay per head services found out that Michael Laudrup, Swansea City manager, said that his side should have no complaints on Monday after a 1-1 draw against Hull City.

Laudrup’s players fell behind as Danny Graham returned to haunt his former club with a strike for Hull at the ninth minute, putting an end to a goal drought that dates back to the time that he spent at the Liberty Stadium.

In the second half, Swansea levelled as the goal by Chico Flores was allowed to stand after the player appeared to handle the ball, and price per head services saw how controversial this was.

However, pay per head services saw that the Welsh club was not able to build on the equaliser, and Laudrup thought that a draw was a fair reflection of the match.

“Second half, we did much better, (we were) much quicker, and got the equaliser. We had a chance maybe before the second goal but I think after the first half we did not deserve to win this game.

“We knew it would be very difficult if we played too slow because they (Hull) played with 10 (behind the ball). It got even more difficult after they scored the goal. If you touch it two or three times every player then it becomes very difficult to open up a defence like this. Overall I think it is a fair result.”

Referee Chris Foy did not want to award a penalty to Hull after an apparent handball by Swansea’s Dwight Tiendalli shortly after the goal by Flores.

Pay per head services also saw that Newcastle weren’t given a spot-kick after a similar incident took place on Wednesday at Swansea, but Laudrup believes that over time the decisions even out.

“I don’t know (about suggestions of handball for Flores’ goal). It’s into his body so its not that he’s using his hand to score,” Laudrup added.

“There was another situation with a ball inside the box. Like I said after the Newcastle game its a 50/50. We’ve had a lot against us, now we’ve had two 50/50 balls in our favour.”