Pay per Head: Martino admits to worries in the first 15 minutes of win against Levante 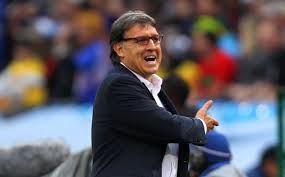 Gerardo Martino, Barcelona head coach, said that he was ‘worried’ in the first 15 minutes of his side’s 5-1 victory against Levante, and pay per head services can fully understand why he was concerned.

As Barca started the second leg of their Copa del Rey quarter-final on Wednesday ahead 4-1, pay per head services saw that Levante drew closer in the ninth minute at Camp Nou when Sergi Roberto, Barcelona midfielder, made an own goal.

But that was as bad as it got for the home side, with an Alexis Sanchez brace helping Barca on their way to a 9-2 aggregate win, to the relief of many fans and price per head services.

After the game, Martino offered his thoughts on the matter:

“I always think that when ties that are played over two games are all but over from the first game, you take your foot off the gas,” the Argentine said.

“I was worried in the first 15 minutes because we weren’t as intense as we should have been but then we were able to create some good chances.

“I’m happy with how the night went. It went how I hoped it would.”

The lead-up to the game against Levante involved discussions over Martino’s future at Camp Nou with the club’s president Josep Maria Bartomeu saying that he was looking to offer the coach a one-year extension, something that caught pay per head services by surprise.

Pay per head services know that Martino’s contract comes to an end at the end of next season, but the coach said that he had yet to talk about extending his tenure with the Catalan giants, and that he’s in no rush.

“No, the president has not spoken to me about renewing. That’s not true,” Martino said.

“I’m very happy with the support I have received from everyone and at this stage I don’t need any gesture of goodwill.

“I feel backed by the club, they are content with my work and we haven’t spoken about it.”