Pay per Head: Moyes says that United are ready to take on Bayern 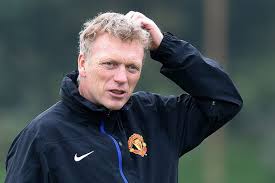 David Moyes said that Manchester United are ready to take on Bayern Munich in the UEFA Champions League, and pay per head are eager to see how they perform when these giants face each other.

United’s inconsistent season saw them fall out of contention in domestic competitions, but price per head services found out that Moyes’ charges are still in Europe, but with a difficult task in the quarter-finals against the defending champions.

Pay per head services could see that a 4-1 win on Saturday over Aston Villa lifted spirits around Old Trafford after recent losses to Manchester City and Liverpool.

Moyes and pay per head services can’t wait to see the Bayern clash before the first leg in Manchester gets underway on Tuesday.

As United have defensive concerns over Patrice Evra and Rafael da Silva, Moyes thinks that his squad still believes that they can go into the return game in Germany with a lead.

“It’s been a very good competition for us so far in my short time here, and now we’ve got the ultimate test in Bayern Munich,” said Moyes on Monday.

“I think the pressure is equally balanced because we want to win the game as much as they do.

“We go into the game knowing, on our day, we are as good a side as any. We have to show it more often but I have got great belief in the players.

“I get the feeling all the players want to play.

“In training, their attitude suggests they all want to play in the big games and this is a big game.

“It’s an obvious thing to say but it’s a two-legged tie and we have to make sure both games are important.

“We’re mindful we want to go to Germany with every opportunity to go through so there’s always a bit of caution in the first leg.

“But we’d love to go to Germany with a win under our belts because it would set us up nicely.”

Pay per head services know that both sides have not faced each other since they met in the 2009-10 Champions League’s last eight, when Bayern progressed on away goals after a draw of 4-4 on aggregate.