Pay per Head: Pardew wants to bring in a new striker to Newcastle 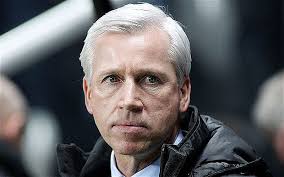 Pay per head services learned that Alan Pardew, Newcastle United manager, spoke about his wish to bring in a new striker to the club.

Even though Newcastle were in great form during the season’s first half, sitting in eighth place as they won half of their 20 Premier League games, Pardew and pay per head services believe that his forward line must be addressed.

With Shola Ameobi’s contract set to expire at the end of the season and Loic Remy, QPR loanee, set to return in May to Loftus Road, Pardew is looking forward to bringing in a striker, even though he stopped short of suggesting that during the current transfer window a deal would be done, and price per head services would like to see what will happen.

“I do think in the striker department is an area we could possibly look at because Shola’s contract ends, Remy is not our player and that leaves Papiss (Cisse) on his own, really,” he said.

“We should have more than that, so that’s an area I am looking at.

“I have said already that we will be strategic in our transfer dealings, and that’s what we are going to do.”

Pay per head services know that on Saturday, Newcastle will take on Cardiff City in the FA Cup, and Pardew said that he planned to rest key players, with the likes of Fabricio Coloccini and Yohan Cabaye already ruled out, while Tim Krul is doubtful.

The manager also called for authorities to address the balance between cup and league football after Paul Lambert, Aston Villa manager, said that his main concern is to stay in the top flight.

“We are going to use some fresh players because of the nature of where it’s at,” Pardew added.

“That (balance) needs to be looked at in my opinion if they want the FA Cup to go back to its former glories.”

Pay per head services all over the world will continue to closely follow developments on Newcastle, and hope that they perform even better on the pitch.