Pay per Head: Platini against the use of technology 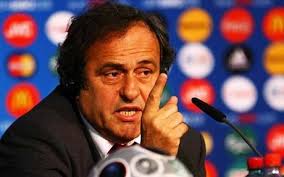 Michel Platini, UEFA president, is “totally against technology” and wants to increase the number of referees helping to officiate games, and pay per head services can see that not everybody is in agreement.

Price per head services saw that in European competition, the Frenchman supervised the introduction of extra referees’ assistants behind the goal, and he feels that an increasing numbers of officials, instead of using more technology, is the way to improve decisions made in football.

“A long time ago when I became president of UEFA I imagined we would have more referees, more eyes on the field to look at the game,” he said.

“Why? We all played football. We know it’s not possible for one guy to see everything.

And pay per head services can see that there are very different opinions on this matter.

“The TV doesn’t give you the picture always. That is my conviction. I am totally against technology.

“What does that say? It’s a crucial and good statistic. It’s why in Italy they have more problems with violence than with referees and that is very new in Italian football, because before it was only a problem with referees and they are happy with that and I think I am happy too.”

Pay per head services know that many fans out there would like to see more technology used in the game to eliminate erroneous officiating decisions, and can see how controversial Platini’s statement turned out to be. Developments on this situation will be closely monitored by fans all over the world.