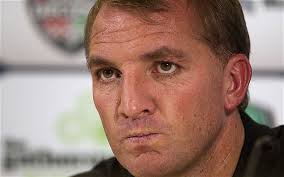 On Sunday, Liverpool manager Brendan Rodgers slammed Chelsea’s Samuel Eto’o for what he said was a “wild” challenge on Jordan Henderson, and pay per head services saw how problematic this proved to be with many fans.

Pay per head services saw that at Stamford Bridge, the Merseyside outfit were defeated 2-1, with Eto’o scoring the winning goal 11 minutes prior to the break.

The Reds opened the scoring after only three minutes thanks to a tap-in by Martin Skrtel – a goal that was made when the visitors were given a free-kick after Eto’o’s high tackle on Henderson.

Before half-time, the Blues were able to recover from their early deficit and move ahead thanks to an impressive curling effort by Eden Hazard in the 17th minute and Eto’o’s third goal of the season in the Premier League.

But pay per head services found out that Rodgers and many fans believe that at that stage the Cameroonian should not have been on the pitch, even though he did not want to criticise referee Howard Webb.

“I know we scored from it, but that was a wild challenge where he’s (Eto’o’s) raked down his (Henderson’s) knee and shin and didn’t even get a yellow card,” the Northern Irishman said.

“He never even got booked for that, but he’s a top referee Howard – he’s a world-class referee.”

In the second half, price per head services saw that the Reds pushed for an equaliser, and maybe they were unlucky to not have been given a penalty in the closing stages when Eto’o cut across Luis Suarez in the box as the Uruguayan was chasing down Cesar Azpilicueta.

Jose Mourinho, Chelsea manager, said that Suarez was trying to “provoke” the challenge, but Liverpool’s manager believes that a spot-kick should have been awarded. He also feels that is an inevitable consequence of Suarez’s talent, and pay per head services wonder what the fans have to say about this.

“If you watch it again, he’s running to challenge Azpilicueta. Eto’o is street wise and cute and blocks him, on another day you get that because it’s a challenge in the area.”