Pay per Head: Ronaldo finds it difficult to live a normal life 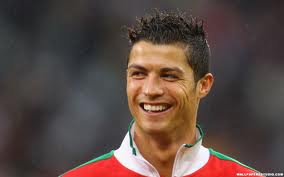 Cristiano Ronaldo, Ballon d’Or winner, said that it’s hard for him to live a normal life, and pay per head services cannot imagine his life being easy.

Price per head services saw that earlier this month, the former Manchester United attacker claimed the prize, as he scored 63 goals during 2013, but he spoke about a less appealing side to being a global star – one that he hopes to shake off once he retires from the sport.

“It’s not easy to lead a normal life, although I’m used to it,” he told France Football. “When I finish my career, I hope everything is quieter and you can enjoy a little more. Now it is not easy.

“I try to avoid public places and go to more quiet places, to restaurants with a hidden table. I’m not going to hotels with five hundred rooms, but at discrete locations. I will try to enjoy later, when another Cristiano is in my place.”

The Real Madrid winger who’s a huge favourite with pay per head services was clearly emotional when he learned that he won the Ballon d’Or, and acknowledges that some might have been surprised by his tears.

“It was a time of great excitement, especially when my son came to my happy arms,” he added.

“It overflowed my excitement and I began to cry. And when I saw the tears of my family, I cried even more.

“They were honest, real tears. Frankly, I did not expect it and at that moment I felt very happy.

“For people who do not know me, it must have been a big surprise because I always look serious on the pitch. For those who share life with me, they know that I am a natural and spontaneous person.”

The Portugal captain and pay per head services believe that a major factor in his success was a professional attitude, and he cited the influence of players such as Raul and Ryan Giggs.

“I have always considered myself a professional man,” he continued. “It’s my culture.

“I’ve always learned a lot from others – Gary Neville and Ryan Giggs at United, Raul and Michel Salgado in Madrid, and Figo, Rui Costa, Fernando Couto and Deco in the national team.

“Being professional is a good 70% of the success of a player.”