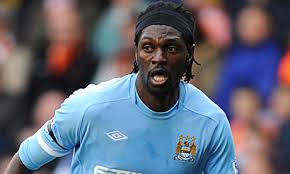 Pay per head sportsbooks learned that Emmanuel Adebayor, Tottenham striker, said that he has “great respect” for Tim Sherwood and wants to see him stay at the club as head coach.

In December, Sherwood took over from Andre Villas-Boas and brought the 30-year-old back into the line-up, to the delight of many fans and pay per head sportsbooks.

The player has 13 goals in all competitions Since Adebayor got a starting berth back under Sherwood.

Sherwood’s position was regularly called into question with the likes of Ajax coach Frank de Boer linked with the hotseat at White Hart Lane, but pay per head sportsbooks saw that Adebayor reiterated his desire for him to stay at the club.

“Hopefully he stays, but I am not the chairman of the club so I can’t tell you anything about that,” he toldThe Tottenham Journal.

“We will see what happens in the future.

“No matter where he goes, I will always keep him in my heart and I have a huge respect for him – as a manager, as a friend, as an ex-footballer, because he knows what it takes to be a footballer.

“He respects everyone equally, and for me he is a great man and a great manager.”

Price per head services can see that Adebayor’s exceptional numbers come despite not playing regularly under Villas-Boas, with the former Arsenal forward looking forward to a better campaign next season.

As Sherwood’s possible departure puts a question mark on the player’s future at the club, he said that he just wants to get back his best form and stay settled.

“I just want to forget the bad moments and look to the good ones and the good games I have played and learn from, and work hard for the next season,” he added.

“Hopefully I will have a proper pre-season, because for the last three years I haven’t had one. It’s very difficult for a player not to have a pre-season.

“I have the quality and a big belief in myself. I know I can do it and I will do it.

“The last three or four months have not been that bad, there are a lot of positives to take out of it, and we just have to learn from our mistakes and keep going.”