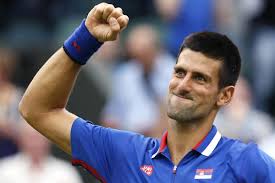 Novak Djokovic defended his Mubadala World Tennis Championship title in Abu Dhabi when he defeated David Ferrer in the final on Saturday, and pay per head sportsbooks all over the world saw a very exciting showdown.

Djokovic clinched a 7-5 6-2 victory over Ferrer, who in the semi-finals defeated fellow Spaniard Rafael Nadal, claiming a third win at the event at Zayed Sports City and impressing many fans and pay per head sportsbooks along the way.

Price per head services saw that Nadal responded from the loss in the third-place play-off when he beat Jo-Wilfred Tsonga 7-6 6-3.

Since he lost in the final of the US Open, Djokovic did not lose a match and won five straight tournaments – 26 games in a row.

The Mubadala event is not official, but five of the world’s top 10 participated, and the Serb is eager to take back the one spot from Nadal.

He was trailing 3-1 to Ferrer in the first set, but hit back and levelled at 5-5. Pay per head sportsbooks saw that the player held and then broke the Spaniard, clinching the opener.

In the second set he was far too good, as he broke twice to clinch a win, sealing it with an ace.

It was the Serb’s first tournament since he joined forces with new coach Boris Becker.

Becker – former grand slam winner – was in the crowd to watch Djokovic’s impressive victory, and the player hopes that the win bodes well for what lies ahead.

“I’m very satisfied with the way I played and I always enjoy coming back here,” Djokovic said.

“I have to say I’m really glad to have Boris joining our team. It’s great we’ve started by winning this trophy here. Hopefully we can continue like this during the year.”

Ferrer admitted that he fell just short of Djokovic’s high playing standard, and pay per head sportsbooks saw that the Serb was just too tough on the court.

“It was tough,” said Ferrer. “Congratulations to ‘Nole’, he deserved to win. It was a good week for me. With ‘Nole’, I need to do more. It’s very difficult to beat him so good luck in 2014 to him.”