Pay per Head: Stramaccioni admits to making mistakes during his time at Inter 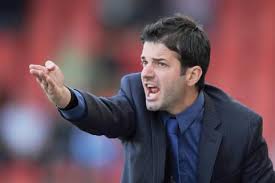 Andrea Stramaccioni, former Inter head coach, admitted to making mistakes during his spell at the Milan-based club, and pay per head services know that it was not easy for him at all.

Stramaccioni was part of Inter’s youth coaching setup, and then pay per head services saw that in March 2012 he was promoted as head coach as Claudio Ranieri’s replacement, and at the end of the 2012-13 Serie A season he was sacked after the club ended in ninth place.

Then Walter Mazzarri, ex-Napoli head coach, took over as Inter’s manager and was able to lead his side to two consecutive wins at the start of the 2013-14 Serie A campaign, to the delight of their fans and pay per head services that follow the club.

Stramaccioni oversaw 31 wins, 23 defeats, and 11 draws in 65 games, and even though the 37-year-old Italian believes that during his time at the club he had some bad luck, he did accept that last season he lost control during the second half – something that pay per head services could clearly see.

“From January we started having many different problems, a bit of bad luck and lost important players, above all Walter Samuel and Diego Milito; then there were Rodrigo Palacio, Javier Zanetti and the others,” Stramaccioni told Sky Sport Italia.

“Despite all this, with humility, I felt that I was in control of the situation until the midway point of the season.

“During the emergency situation and the difficulties I paid for my inexperience.

“There’s nothing wrong in admitting that I made mistakes too.”

Price per head services also learned that the former Inter coach rejected the idea that he had trouble with Inter president Massimo Moratti, and his job as head coach was lost after the alleged personal feud.

“I spoke daily and a great deal with my ex-President,” Stramaccioni said.

“What happened in the last 10 days, between the game with Genoa and the end of the season, did everything.

“However, I will never bite the hand that fed me.”