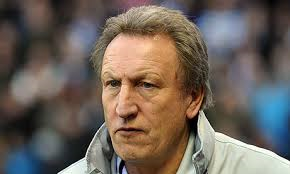 Pay per head services felt very surprised when Neil Warnock said that he turned down the opportunity to manage Nottingham Forest as he didn’t feel that he would have complete control.

The Championship club approached the 65-year-old to succeed Billy Davies, who was sacked on Monday after a poor run of form that ended with a 5-0 loss to Derby County on Saturday.

Forest fell out of the play-offs following a return of only three points from seven games, and pay per head services found out that the experienced Warnock was considered to be the one to turn their fortunes around.

But price per head services learned that the former Crystal Palace and QPR boss suggested that talks over the post broke down, to the disappointment of many fans.

“I felt that I have to do the job the way I see it being done,” Warnock told BBC Radio Nottingham.

“And I just couldn’t totally see being able to do that, so it was difficult.

“It’s been a hectic 48 hours. It’s a great club. I said I wouldn’t have come back (into the game) unless it was an opportunity to get success at a club.

“It couldn’t have fitted the bill better with nine games – 12 including the play-offs – to get up.

“In the next 12 games it was a great possibility to get promoted. It got me excited but you have to look beyond that.

“The chairman (Fawaz Al Hasawi) is a lovely man. He loves the club. But I found it very difficult that there was nobody English around the club to speak to that had football experience. I felt it is area they need to look at.

“It’s not knocking them because it’s the way they do business. It’s different cultures but it wasn’t for me at this stage of my career. If I couldn’t do it how I saw fit then I had better leave it.”

Several other names were linked with the City Ground vacancy, including Stuart Pearce – a favourite with fans and pay per head services – who was out of club management since 2007, when he left Manchester City.