Pay per Head: Welbeck said that Kagawa made the difference 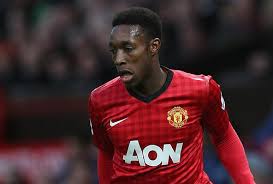 Danny Welbeck said that Shinji Kagawa made the difference in Manchester United’s 2-0 win over Swansea City at Old Trafford on Saturday, and pay per head services fully agree.

Pay per head services and many fans were very happy to see that United were able to recover from three consecutive losses – including a defeat at home to the Welsh club in the FA Cup – with goals from Antonio Valencia and Welbeck giving them a crucial win.

Three points could not move the Premier League champions up the table, but pay per head services saw that they kept their ground on the likes of Tottenham and Everton in the battle for fourth – who also won.

The game started out with the Japan international on the left wing before he swapped with Adnan Januzaj, who at half-time featured behind Welbeck in the hole.

Pay per head services saw that the difference was made by David Moyes’ tactical with Kagawa behind United’s play, and Welbeck praised the showing of the former Borussia Dortmund playmaker.

“I thought Shinji was the difference in the second half,” he told MUTV.

“Once we moved him to the middle he looked like he was at home and he really switched it on for us. He made a massive difference.”

Welbeck’s goal was the sixth one that he made in as many Premier League matches, and the striker hopes that his colleagues will be able to find a similar consistency level to send them back into the upper reaches of the league, something that many fans and price per head services would like to see happen.

“We’ve set a platform now and really want to build on that and gather some momentum,” he added.

“The next match is the most important now. That’s what you’ve got to do, take it one game at a time.”

Pay per head services saw a fantastic performance by Kagawa, and will definitely follow the player’s progress in the game.