Pay per Head: Wenger delighted with the Gunners’ fighting spirit 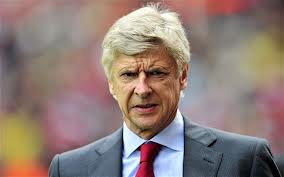 Pay per head services learned that Arsene Wenger, Arsenal manager, praised his side’s fighting spirit in their 2-1 victory on Monday at Aston Villa.

The visitors appeared to be comfortable as two goals in as many first-half minutes gave them an imposing lead at Villa Park, and pay per head services saw a great performance by the Gunners.

Price per head services saw that Jack Wilshere scored the first goal after capping an impressive flowing move with a very nice finish from the edge of the area, while the same man made the second with a chipped pass that was controlled by Olivier Giroud and side-footed past Brad Guzan.

In the second period, the visitors were just as comfortable, until Christian Benteke scored his first goal in the top-flight since September, diving to meet Matthew Lowton’s excellent cross from the right.

But pay per head services saw that the Gunners held firm to clinch their fourth victory in the Premier League and avenge the 3-1 loss to Paul Lambert’s players in the season’s opening day.

The Frenchman and pay per head services believe that the Gunners showed an ability to cope with the Premier League’s physical nature when they withstood late pressure by Villa.

“They made it very physical, put the ball up high in the air and we had a very good resilient performance in the second half. Overall we have shown again both sides of the game.”

The victory sees Arsenal go back to the top of the Premier League table, and Wenger urged his players to only focus on their own performances in the race to become champions, and pay per head services know how important this is.

He added: “Let’s take care of our performances, we have got to go forward and always get the points. Then we can see if we can make a difference with the other teams.”