Pay per Head: Wenger does not plan to sign Quintero 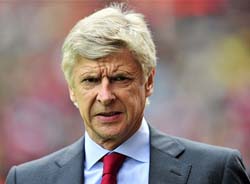 Arsene Wenger does not plan to sign Porto midfielder Juan Quintero to Arsenal, but the manager and pay per head services expect to see more business during the transfer window.

Price per head services saw that during the close-season, the Gunners were pretty busy, with the likes of Calum, Chambers, Mathieu Debuchy, Alexis Sanchez, and David Ospina joining the club.

This week, there were reports suggesting that Colombia international Quintero could be the latest addition of the FA Cup winners, but pay per head services saw that those rumours were rubbished by the Frenchman.

However, the Frenchman did admit that this month there are additional signings on the agenda, and pay per head services saw that many fans were delighted with the news.

“That [move for Quintero] is wrong,” he said at a news conference before the Emirates Cup this weekend.

“I think August 15 to 30 will be busy again. I’m very happy [with our business] and I’m still open to doing more.”

The manager also confirmed that for the coming season, 22-year-old Costa Rica forward Joel Campbell – a huge favourite with pay per head services around the world – is in his first-team plans.

The player is believed to attract interest from Milan after making an impressive performance for Costa Rica at the World Cup, but Wenger said that on Saturday he may play against Benfica in the Emirates Cup.

“Yes, Joel Campbell is part of my plans,” he added. “He might play tomorrow against Benfica.”

The manager also said that goalkeeper Ospina won’t be able to play due to a thigh problem, while also saying that Thomas Vermaelen – who also won’t play due to injury – could leave Arsenal, and pay per head services wonder how the players’ absences could affect the club.

Pay per head services will continue to follow developments on Arsenal, and would like to see what how the team as a whole will perform with all of these changes.