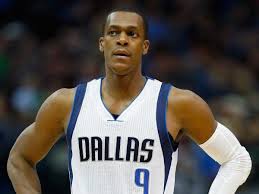 On Friday, Rajon Rondo’s return to Boston proved to be an emotional one, and pay per head wagering companies believe the Mavericks point guard made what could have been his best performance since he suffered from a torn ACL. The player was able to score 29 points in Dallas’ game against the Celtics, as he shot from the field 12-for-19 and from the 3-point range 5-for-7 when his team won 119-101.

Before the game took place, Rondo said that this summer, the Mavericks could have had the edge in free agency, but it didn’t mean that he would sign again with the team:

“My focus has been basketball, basketball, basketball, not necessarily being a free agent,” said Rondo. “I mean obviously I think (the Mavericks will) have the upside (in free agency). I wouldn’t say it’s wide open (in terms of considering other teams), but I wouldn’t say it’s closed (solely to the Mavericks) either because obviously they are the team that came and got me and from Day One they’ve been very loyal and very supportive in this transition for me.”

When the trade was being done, NBA sources said that the player was “fully on board with the idea of re-signing,” and if the Mavericks thought that he’d leave Dallas they wouldn’t have made the deal. However, the NBA has seen more bizarre things happen, and things could change this season, depending on how it continues. Many experts believe that Rondo would most likely want to stay if Dallas continues to get better with the player among their ranks, and if they can win one or two playoff rounds, this scenario is even more probable.

However, nobody knows much about Rondo’s asking price. He was once thought of as being one of the NBA’s best point guards, but his value went down in the past couple of years playing with Boston. However, if he continues to perform like he did on Friday, he can get the opportunity of making a maximum deal with Dallas – or almost maximum. The Celtics won’t pay him that much, but many pay per head wagering companies believe that Dallas might.