Sanders said that the comments made about him are lies 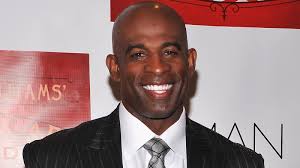 Local bookies saw that a report released on Monday by Deion Sanders, analyst for the NFL Network, was all over the news after he said that the 49ers are sick and tired of coach Jim Harbaugh, and don’t want to see him in the team anymore.

The coach completely disagrees with this.

“Personally, I think that’s a bunch of a crap,” said the coach

And then he was asked about what Trent Dilfer had to say – that it was a “toxic” situation.

“I haven’t seen Trent or Deion around much,” said the coach.

On Monday, Dilfer explained this, saying that no “reporting” was done by him, and that he didn’t consider the team’s locker room to be “toxic”. He said that he just spoke about his assessment on what’s happening with the team – from his point of view.

There was plenty of speculation going back to last season on whether Harbaugh would continue to be the coach of the 49ers for a longer period of time. In 2015, Harbaugh’s contract with the team will come to an end, and it is not very likely that San Francisco or their fans would like to move into next year with the coach ready to have a mediocre season with the team.

However, local bookies are well aware that in the NFL, winning games is what heals all ailments. If San Francisco can clinch some wins, this whole story will be ignored, and if not, it will probably make it to the headlines over and over again, and 49ers fans definitely don’t want the team to have a bad reputation.

49ers fans want to see their team return to winning ways, and many believe that if the coach has to leave in order for them to bounce back, so be it. But many others are confident that they’ll continue to improve as the season progresses.