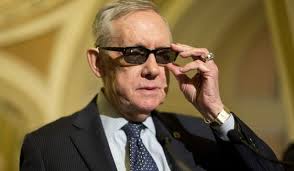 Harry Reid, Democrat Senate Majority Leader, house Minority leader, and the former Nevada Gambling Commissioner, announced that he will not try for re-election next year, ending his three decade career in congress, and online gambling disapproval.

“I want to be able to go out at the top of my game,” said Reid. “I don’t want to be a 42-year-old trying to become a designated hitter.”

Apart from support of Obamacare, Reid, 75, has been a strong supporter of online poker, but in recent years has sided with billionaire casino magnate Sheldon Adelson in regards to banning all other forms of online gambling.

“I think there will be efforts made to look at the Wire Act in a Republican-initiated Congress, yes I do,” he said. “I think there will be efforts made to get rid of the Wire Act … I think the proliferation of gambling on the Internet is not good for our country. I think it is an invitation to crime. I think it is hard to control for crime when you’ve got brick-and-mortar places, let alone something up in the sky someplace, and it is very bad for children.”

Oddly enough, it seems like Adelson was in his ear while saying that last part. Adelson has been adamant that his dislike of online gambling is that there is no way to truly control it and children will have access to it. (…that and people will be able to gamble in their pajamas)

Reid has insisted that he and Adelson, although friends, have no political alliance due to their vast political differences.

For states looking to legalized online poker and other games, Reid’s absence will be helpful as some internet gambling sites feared that Adelson would be able to use Reid to rewrite the Wire Act of 1961,with the support of the Restore America’s Wire Act or RAWA, introduced in the spring of 2014, but failed to make it into law.

Adelson will use his lobbyists for other purposes in trying to pass the bill, but now he will have to do it without Harry Reid.

President Obama in December of 2011 told the American public that after much debate, the justice department had decided that the wire act did not apply to online poker and other games.