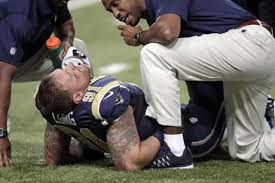 On Wednesday, St. Louis Rams coach Jeff Fisher said that this week, Chris Long will get an operation on his injured left ankle, and the defensive end will not be able to play for some weeks. Now many fans and price per head agents believe that the team received yet another blow after their loss to the Minnesota Vikings.

Many fans are very worried, as for at least the next eight weeks, the player will have no choice but to sit out because he was placed on IR-return by St. Louis

“Chris Long has played in all 95 games in his career here. He is second in the league as far as consecutive starts at the defensive end position to Jared Allen. He will miss his first game this week and will miss a few more,” the coach said. “The players are aware of it. Obviously, they’re disappointed. I’m disappointed for Chris. I won’t go into the specifics on the surgery. It is unique however, and he will be back.”

The defensive end suffered the injury on Sunday in the third quarter of the game between St. Louis and Minnesota, when the Rams were beaten 34-6. The player rolled up his ankle at the end of a 16-yard run by Adrian Peterson. Initially, the player’s injury didn’t seem to be very serious at all, and St. Louis said that his return to action was listed as ‘questionable’ because the team thought that he might have been well enough to return.

Price per head agents found out that as Long is now out, St. Louis will use the services of Will Hayes, and many fans would really like to see how the player performs in his place. The player is now in his third season with the team after his first four years were spent with the Tennessee Titans.