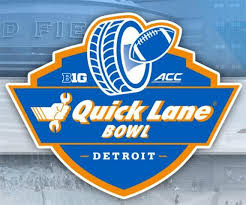 This season, Rutgers seemed like they could surprise after they started the year 5-1, but they barely qualified for a bowl game as they went 2-4 in the year’s last six meetings. Price per head wagering services saw that the season started completely different for North Carolina, with a very solid finish and a record of 6-6.

Maybe the Scarlet Knights don’t have the country’s most dynamic offense, but Rutgers have the services of Gary Nova, who happens to be among the top QB’s in the history of the team. The season was a pretty modest one for the player, as he was able to pass for 2,667 yards, 12 picks and 20 TD’s as he connected with top WR Leonte Carroo on 53 occasions for 1,043 yards and 10 TD’s. WR Janarion Grant is next in line, as for 312 yards he was able to record 25 receptions. RB Desmon Peoples is the one who leads the team’s running game with only 447 yards and 3 TD’s.

After they started the year at 2-4, the Tar Heels appeared to have lost their life force, but QB Marquise Williams helped his team become relevant once again to finish off their year. This season, the player was very solid in his play for North Carolina, as he was able to pass for 2,870 yards, 20 TD’s and only 9 picks, and in the rushing game he also led the team, recording 737 yards and 12 TD’s. The favorite target of the junior QB was Ryan Switzer, who was able to catch 55 passes made for 703 yards and 4 TD’s, which is a team-high, and WR Mack Hollins is leading the Tar Heels with 8 receiving TD’s, and on 34 catches he was also able to record 611 yards.

When it comes to their defense, price per head wagering services could clearly see that the Scarlet Knights were struggling mightily this season so they could stay on board, with a ranking of only 92nd place in points, as well as 97th place in total yards given up in each game played. This season, the Tar Heels did not really impress on the field – something that came as a surprise to the team’s fans – as they were ranked at only 119th place in allowed points, and 118th place in total allowed yards-per-game.