Price per Head: Burns said that dislocated jaw affected outcome of the fight 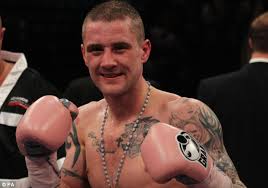 Ricky Burns’ fans and price per head services were concerned when he said that a dislocated jaw was what made the difference early in his fight against Ray Beltran.

Pay per head services saw that the challenger, who sent the Scot to the floor and appeared to have edged the clash, had to be pleased with a draw, to the surprise of the audience.

And while the fighter admitted that he knew the bout could have gone either way, Burns said that he mainly focused on protecting his jaw – and many people dealing with price per head who saw the fight are still wondering why he continued fighting, considering his injury.

“I knew it was close. I was trying to stick to my jab but I think he could see that my jaw had gone, he came in with swinging hooks,” he told Sky Sports.

“I’ve never been so worried as in that fight at being caught on the jaw again, the pain was unbelievable. I’m just so disappointed because it happened so early. I hope we can just get this jaw sorted and me and Raymundo can do it again.

“I wanted to put on a better performance. Throughout that fight I was more concentrating on not getting my jaw hit, getting in close and tying him up, trying to stop him from hitting me.

“The knockdown, I take my hat off him it was a good shot, but it was more of a flash knockdown and it proves I can take a good shot.”

Price per head services learned that promoter Eddie Hearn also played down what many felt was a bad decision made, saying that the fight was a close one.

“We may have mandatory obligations (prior to any rematch) but first and foremost we need to get Ricky off to hospital,” he added. “The doctor confirmed a dislocated jaw and how he got through that fight is beyond me.

“Full credit to Raymundo and the team, I thought it was a really close fight and I thought Ricky had built up a lead and finished well after the knockdown, it was very close.

“We’ll talk to his team, but we’ll get Ricky checked out first.”