Price per Head: Chisora believes that Price doesn’t want to face him 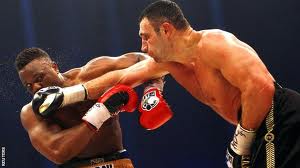 Price per head services found out that Dereck Chisora believes that David Price will decide to vacate his British and Commonwealth titles instead of facing him in the ring, after his career-best equalling year ended with a third-round stoppage win on Saturday over Ondraj Pala.

The victory means that in 2013, the 29-year-old WBO International heavyweight champion who is a favourite with price per head services had four knockout wins from four fights – his best stoppages run in over three years.

A clash with David Price appeared ready for 2014 after price per head services saw that Frank Warren, Chisora’s promoter, won the purse bid for the fight between the Liverpool heavyweight and the Finchley fighter.

However, Chisora believes that Price, who on December 14 in Germany makes his return against Evgeny Orlov, will more likely to continue to rehabilitate from consecutive stoppage defeats to Tony Thompson on foreign territory instead of facing him, and price per head services would really like to see what will happen.

“We’ll see what David says when he brings the contracts back,” Chisora said. “If he signs it then we know if the fight is going to be on.

“But from my point of view I would tell him to run away. I would just tell him to run – go and do what you got to do on the other side – and when it’s time, we’ll fight.

Chisora also said that in 2014 he wants to challenge for a world title, stressing that he’s not afraid of any boxer in the heavyweight division, and price per head services can see that he’s very determined.

“2014 is going to be a hard year for us,” the Finchley hit-man said. “I want Vitali or Wladimir (Klitschko) but I don’t think they will fight me.

“Sometimes it’s not about the titles, we just have to push for fights. We want to get ourself on the podium as the mandatory and then we’re going to try and push for it.

“If the fight comes I don’t mind going for it – I’m not afraid of anyone, I’m only afraid of myself.”