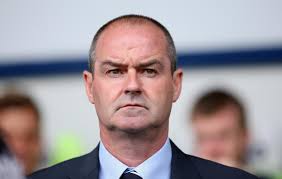 Steve Clarke believes that he was sacked on Saturday as West Brom’s head coach due to “unrealistically” high expectations, and price per head services wonder if he could be right.

Earlier in the day, West Brom lost 1-0 at Cardiff City, which is their fourth consecutive loss, and price per head services saw that the club pinned the Scot’s departure on a run of only seven wins from 34 league matches in 2013.

In June 2012, the former Chelsea, Liverpool and Newcastle coach who is very well known with price per head services all over the world replaced England boss Roy Hodgson and took the helm at The Hawthorns, leading the club last term to a very nice eighth-placed finish in the top flight.

And Clarke believes that those successes have come back to haunt him, as the club is sitting only two points above the relegation zone ahead of his sacking, leaving many fans and pay per head services very concerned.

A statement that was published through the League Managers’ Association read: “I believe I have unfinished business at West Bromwich Albion Football Club so it is with deep regret that I was relieved of duties as head coach.

“Going into this season expectations were high, perhaps unrealistically so, but with it still being only our fourth consecutive season in the top flight, our primary objective had to be to establishing our status in the Premier League.

“I was, and remain convinced that we were well placed to achieve this aim.

“It has been an honour to manage this club and I would like to thank the staff who have assisted me in every possible way as well as the fans who have been tremendous throughout.

“Now, I wish everyone connected with the club the very best for the future.”

Price per head services will see how West Brom will perform without Clarke, and will eventually find out whether the club or their former manager was right.