Price per Head: Finn vows to win his way back 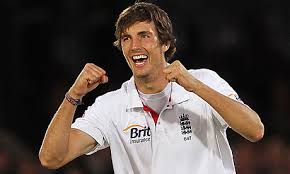 Steven Finn is confident that he’ll prove his worth to the England side before the first Ashes Test taking place in Brisbane at the end of November, and price per head services would like to see him bounce back.

Price per head services saw that Finn endured a poor summer with England after he was dropped following the first Test at Trent Bridge, but the Middlesex paceman is one of four tall fast bowlers to be a part of the touring party that will travel to Australia with Boyd Rankin, Stuart Broad, and Chris Tremlett.

In Brisbane, England will likely include at least two of the four with James Anderson and Graeme Swann in their effort to exploit the extra bounce in Australia, and pay per head services learned that Finn is eager to be one of them.

“It didn’t happen for me and I’ve gone away after a being dropped and worked hard to rectify the things that went frong for me in the early part of the summer,” he told Sky Sports News.

“Towards the back end of the summer I felt I was in good rhythm and felt I was back to my best so I’m looking forward to getting my teeth stuck into Australia.

“You learn from these disappointments. I have to make it so it is difficult to leave me out, but there is a lot of hard work before that can happen.

“Height has an advantage everywhere. Bounce is difficult to play and the wickets down there are generally more bouncy so that is going to be a big advantage, but we are still four different bowlers.

“There is some diversity there and we all bring something different which will be important over a five Test Ashes series. It’s a long series and there is going to be fluctuations in the team selection and there will be pitches that suit different bowlers.”

Price per head services will closely follow Finn’s progress in the sport, and hope that me makes a very successful comeback.