Price per Head: Groves admits that Froch deserved the credit 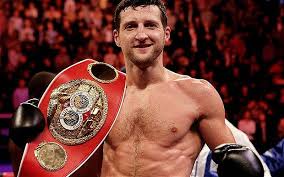 Price per head services found out that George Groves admitted that Carl Froch deserved the credit after being stopped by his rival in the eighth round in their rematch at Wembley.

Froch was able to keep his WBA and IBF super-middleweight titles in a very destructive manner, and pay per head services were impressed when they saw that Groves was sent to the floor with a devastating right hand before referee Charlie Fitch waived off the fight.

The boxers engaged in a war of words before the fight, with Groves showing Froch little respect after he was controversially stopped in their first meeting.

However, price per head services saw that there was no argument about the outcome at Wembley, with Froch claiming a memorable victory, and Groves had not choice but to give the champion respect.

When he was asked about his knockdown, he said: “I’m fine – it’s boxing. Fair play to Carl, he caught me and I went down,” he said.

“I felt I was doing very well – I was in my groove, boxing well – but I’ve got to hold my hands up: Carl caught me with a shot. I’ll come back bigger, better and stronger. I feel like I let myself down but congratulations to Carl.”

Groves stressed that in the build-up to the fight, the rivalry between them had been blown out of proportion, and said that he didn’t bear any real spite towards Froch, and pay per head services hope that this proves to be true.

“I mean it’s boxing you know and the fights are hyped,” he said.

“I honestly feel no way about any of my opponents I don’t like them or dislike them.

“It’s the easiest way for me to go about my business, but I would love to come again.”

“We had a good camp, we’ve got no excuses, but we will improve, we’re improving week in week out in the gym and I’ll come back stronger, but tonight’s all about Carl really. It’s his night now.”