Price per Head: Haye to face Fury on February 8 in Manchester 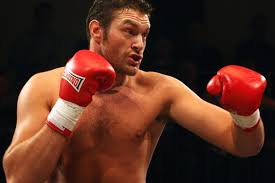 Tyson Fury and David Haye will now fight in Manchester on February 8, and even though they have to wait a while to see this fight, price per head services were relieved to know that a date was finally set.

Price per head services were frustrated to see that their clash on Saturday couldn’t take place due to Haye suffering a gash on his forehead that required six stitches after sparring.

Both sides worked very hard to rearrange the massive British heavyweight clash and a quick resolution was made.

“News of the date in February is music to my ears,” said Haye. “I was absolutely devastated this weekend, and felt as though I’d let a lot of people down. But now, with this new date, I couldn’t be happier.

“My fans will still get the chance to see what they all wanted to see this weekend – they’ll get to see Tyson Fury sparked out in a spectacular fashion.”

Price per head services saw that sceptics criticised Haye since news of the pull-out, including Fury, as they were curious as to why he decided to spar only eight days before the fight. However, the former two-weight world champion said that it was all right on schedule.

“Sparring eight days before a fight is nothing new or unusual,” said the Londoner. “I’ve done this before fights in the past and never had an issue.

“These things sometimes happen in training, and to suggest I decided against wearing a head-guard, or that the cut was premeditated, shows a clear lack of knowledge and understanding.”

Pay per head services know that Fury was set to make his debut next month in the kick-boxing arena, while it was thought that he may also fight again before the end of the year.

Now price per head services doubt that before February 8 he will take part in any kind of competitive action.