Price per Head: Hughes disappointed with Stoke’s performance against Tottenham 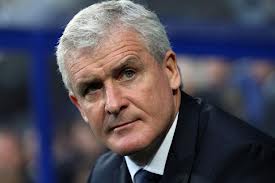 Mark Hughes, Stoke City manager, was not very happy with his side’s dull performance in a 3-0 loss at Tottenham, and price per head services can fully understand his disappointment.

Goals made by Roberto Soldado, Aaron Lennon and Mousa Dembele were able to secure a comfortable victory for Tim Sherwood’s side and saw Stoke, who on Thursday were beaten at Newcastle 5-1, suffer a second heavy consecutive loss.

Price per head services saw that at White Hart Lane, the visitors were struggling to keep possession, and they could only muster one effort on target in the last minutes thanks to Peter Crouch.

Hughes’ side saw a penalty claim turned down after a challenge on Oussama Assaidi by Michael Dawson, but the manager admitted that his side did not perform well enough, and pay per head services saw a lacklustre display.

“I felt a little bit aggrieved at the start of the game. I felt we had a good claim for a penalty before Tottenham’s penalty,” the Welshman told Sky Sports.

“In terms of having an impact on the game, we found it difficult.

“They are a good side and move the ball around quickly. They have got a lot of power and pace and at times we struggled to cope with that.

“There are reasons for that as we are missing key players but we need to do better. On the day we were not good enough and they were significantly better than us.

“At times we need to get behind teams and at the moment we haven’t got that option. That makes it difficult for us.”

Stoke are sitting 12th in the Premier League, and the team will begin 2014 when they welcome Everton at the Britannia Stadium, and price per head services can’t wait to see how Hughes’ side will perform this time around.

Pay per head services and Stoke City’s fans would like to see the team improve – and hopefully as soon as possible.