Price per Head: Huntelaar plays down speculation linking him with Liverpool move 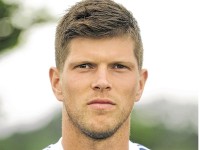 Klaas-Jan Huntelaar, Netherlands international, rubbished speculation linking him with a move to Liverpool, and price per head services were wondering if the player would join the Reds or not.

Huntelaar, who is currently in Brazil for the FIFA World Cup and is a favourite with pay per head services, was linked in recent days with the Anfield club in the midst of reports that striker Luis Suarez could leave for Barcelona.

With the 30-year-old’s deal at the Veltins Arena set to expire next year, pay per head services believe that the Schalke striker could be reaching the last stages of his time with the Bundesliga club.

But price per head services found out that the former Real Madrid and Milan forward said that reports of a move are “nonsense” before adding that he will probably talk about a new deal with Schalke after the World Cup comes to an end.

“Of course sometimes I get a text message from people around me,” he told NUsport.

“I think it’s all nonsense.

“No-one has informed my agent and I am not talking about the interest from clubs. I am concentrating on the [World Cup].”

Pay per head services saw that during his time at Schalke, Huntelaar won the DFB-Pokal and the DFL-Supercup, but the player wants assurances that if he is to agree a new deal, they will challenge for the Bundesliga title.

“Schalke has already indicated that they want to talk. During the preparation for the new season is perhaps the best time to enter into a conversation,” he added.

“Yes, there are certain conditions. I want to achieve something, of course.

“I’ve played in Spain, Italy and Germany [but] then it [would be] nice to still play in England. But I’m fantastic at Schalke – a very lively club.”

Price per head services know what a great asset Huntelaar is for Schalke and for his national side, and are very eager to see what the future holds for him.