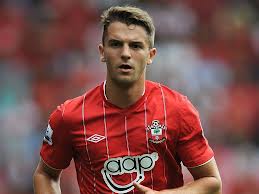 Pay per head services learned that Rodriguez was named in Roy Hodgson’s team for the upcoming friendly matches against Chile and Germany along with Saints team-mates Rickie Lambert and Adam Lallana.

The 24-year-old said that he was taken aback when Southampton manager Mauricio Pochettino told him the news on Thursday morning at the club’s training ground, and price per head services were also very excited when they head about this.

“It’s a dream come true, really. I couldn’t believe it when I was told, and I haven’t stopped smiling all day.

“It’s been important for me to concentrate on my football and improving as a player, and hopefully this will improve me massively.

“I’ve been focused on my club games and my performances there, so I had to keep my feet on the ground and keep working on that. Now I just can’t wait to get among the lads and be a part of it.”

Price per head services saw that Lambert made his debut for England in August and next week will he bid for his fifth cap against Chile, while Lallana has yet to feature, even though he was benched for the clash last year with Ukraine.

“It’s unbelievable for the club,” Rodriguez added. “It just shows the direction we’re going in and the ambition and vision we’ve got.

“We have so many international players now, so it’s a really good place to be and a good thing to be part of.

“It’s always nice if you know someone there, but Rickie has said before that the lads make you welcome there. It’s something to look forward to and I’m just excited to get started.

“The most important thing at the moment is the game on Saturday, so we’ve got to keep our heads on for that and keep concentrating – but this is a dream come true, so you obviously can’t help thinking about that.

“It’s a really good feeling, but I still feel I’ve got a lot to improve on in my game – and that’s what I want to do.

“I’ll keep my head down, work hard and I’ll keep taking on these challenges.”