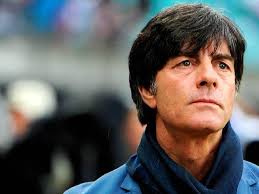 Joachim Low ended speculation that he will quit being Germany’s head coach, to the relief of many fans and price per head services.

Pay per head services were impressed to see that Low, 54-years-old, was able to lead his country to World Cup triumph thanks to a 1-0 win over Argentina on July 13’s final.

Captain Philipp Lahm then announced his decision to step down from international duty, and price per head services saw that there were rumours that after being in charge for eight years, the 54-year-old Low may also make the decision to end his time with the national team on a high note.

But pay per head services saw that Low – who last October signed a new deal with the German Football Association (DFB) to extend his services past the 2016 European Championship – spoke about his plans to stay in charge of the national team after victory in the World Cup.

“We had agreed before the World Cup that we would sit down down after the World Cup in peace and analyse the tournament, as we have done in every tournament,” he said in an interview with the DFB’s official website.

“I have not renewed my contract with the DFB until 2016 to end it prematurely. I just needed a few days to let everything sink in in order to get my emotions under control and to direct the gaze back forwards.

“As national coach I have always felt the enormous confidence of the association. President Wolfgang Niersbach is representative of the outstanding support.

“I personally could not imagine a better DFB president. He has always believed in us. Now he has left me a few days and had complete understanding that I just needed time.”

And price per head services were glad to learn that after Germany’s victory in the Brazil, Low is now looking forward to further success in France at Euro 2016.

“At the moment I can think of nothing better than to continue working with this team to lead them at the European Championship in France,” he added.

“I am as motivated as the first day at the DFB. We celebrated a huge success in Brazil, there are still other goals we want to achieve.”