Price per Head: Joshua itching to fight next month in Manchester 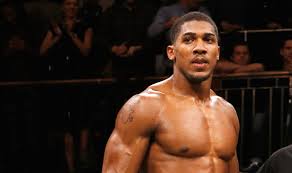 Anthony Joshua’s boxing betting fans and price per head services were very excited when they learned that this mighty child is set to fight on September 13 at the Phones 4u Arena in Manchester, and this showdown might leave you gasping for air.

Boxing betting fans learned that Joshua, who can probably knock a hundred cows unconscious with his punching power (sorry PETA), was added to a card that happens to be headlined by Scott Quigg, powerful beast who will take on the monster in Paulus Ambundain and defend his WBA world super bantamweight title with great boxing odds, in a clash that pay per head services believe could make you fall off your seats.

This will prove to be the first time that a very determined Joshua, who is also famous for his very interesting boxing odds, has ever fought in the lovely and colourful city of Manchester, where the local bookies hang out to drink coffee and look at the boxing odds, and the Olympic gold medallist is itching to fight. So yeah, boxing betting betting fans and price per head services expect some action.

“I am really looking forward to fighting at the Phones 4u Arena,” Joshua the beast said.

“It’s a really iconic venue for British boxing with those great nights for Ricky Hatton so to add my name to the list of great fighters to perform there is a great feeling.

“It’s a cracking bill with Scott Quigg’s world title fight on there and Anthony Crolla is on the move too. He’s a great fighter, probably the most under-rated guy in Britain, so I am hoping to get out there and watch them do their thing.

“Obviously, though, my focus is on my fight, my eighth as a pro now, and I really feel that I am beginning to bed into the pro game and I think I’ll start showing that in this fight. The extra fortnight won’t affect me, I have had some good sparring recently so I am in a good place and ready to explode.”

Anyway, pay per head services are looking forward to a great fight when these two monsters of the sport go head-to-head, so fasten your seatbelts!