Price per Head: Joshua will soon return to action 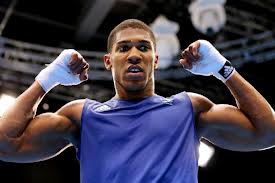 Anthony Joshua said that between now and the end of the year he will keep busy after his successful professional debut on Saturday, and price per head services know how important this is for the British heavyweight.

Price per head services know that Joshua is a very exciting prospect and, as last year he was able to win super heavyweight Olympic gold, he knocked out the previously undefeated Italian Emanuele Leo on Saturday night in the first round at the O2 Arena in his first bout since London 2012.

But pay per head services were happy to learn that there won’t be another long gap before boxing fans get to watch the 23-year-old in action again.

The Brit told Sky Sports: “On October 26th I’ll be in Sheffield, competing on the undercard of Kell Brook.

“It will probably be another tough opponent and I’ll have to go through the process again, the weigh-in, the press conference, the nerves again, but it’s a good feeling.

“I’ll be getting back into training to prepare for whoever I’ve got to compete with. Hopefully, I’ll get a win there, then onto the next one and, if there is time, we’ll squeeze in one more before the year ends.”

Despite his victory, which impressed price per head services all over the world, the fighter said that there is still room for improvement.

“In training, you can have five good sessions and one bad one,” he said. “Sometimes that can make a difference between winning one round or losing one round.

“I just need to be a bit more professional. If I can step up my game that bit more, I’ll be all right.”

At one point, Joshua’s enthusiasm almost got the better of him against Leo, as he almost floored the referee with a left hand.

“You know what they say, protect yourself at all times!” said Joshua.

“I’ve seen him (Leo) throw an upper cut and my reaction is a left hook, but the ref is there and I’ve accidentally caught him. I apologise if he’s watching.

“He took it well and just carried on.”