Price per Head: Kehl believes that Real will be different this time around 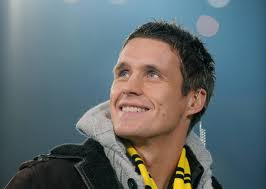 Sebastian Kehl acknowledged that Borussia Dortmund will be the underdogs against Real Madrid, even though last season they beat them in the UEFA Champions League, in a match that kept price per head services and many fans at the edge of their seats.

Pay per head services saw that Dortmund defeated Real 4-3 on aggregate and were able to secure a place in the 2012-13 final, with a 4-1 first-leg win at Signal Iduna Park, which could be the highlight of an excellent European campaign for Jurgen Klopp’s players.

Dortmund ultimately suffered defeat in the Wembley showpiece, as they lost 2-1 to German rivals Bayern Munich, who already clinched the Bundesliga title this year.

Price per head services know that Klopp’s side are in contention to make another run towards the competition’s final stages and will renew acquaintances with Real in the quarter-final first leg at the Bernabeu on Tuesday.

In the last 16, pay per head services were very impressed to see that Real thrashed Dortmund’s neighbours Schalke 9-2 on aggregate, and striker Robert Lewandowski, who scored all four goals in last term’s first-leg win over the Spanish side, won’t be available for Dortmund in their upcoming match.

But Kehl knows that this time around Real will present a very different proposition, and price per head services can see this.

“We’re in an excellent condition physically, but of course we know that Real are not the same side we faced last year,” Kehl told Kicker.

“They are the absolute favourites, together with Bayern Munich, to win the Champions League.

“But we showed last year that we can beat them and they won’t have forgotten that.”

Pay per head services know that at best, Dortmund can achieve a second-placed ending in Germany’s top flight, but are able to reach the DFB-Pokal’s final by beating Wolfsburg in the last four in mid-April.

Kehl says that meeting those targets precede Dortmund’s exploits in the Champions League.

“Then we would have reached all of our goals (by finish second and reaching the DFB-Pokal final),” Kehl added.

“We have already gone as far as we planned in the Champions League, and all that comes next is a bonus.”