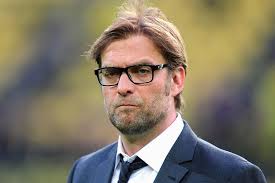 Jurgen Klopp praised Borussia Dortmund, saying that they were “incredible” after their 2-0 victory in the UEFA Champions League over Real Madrid, and price per head also saw a great job done by his side.

Pay per head services know that Dortmund, trailing 3-0 from the first leg in Spain, needed a small miracle to advance to the competition’s last four, and it seemed as though the tie would be put beyond them when Real were given a penalty as Lukasz Piszczek was adjudged to have handled a cross by Fabio Coentrao.

But Angel Di Maria saw the player’s spot-kick saved by Roman Weidenfeller, and price per head services could see that two goals scored by Marco Reus before half-time had the German side dreaming of an improbable fightback.

After the interval, the team continued to create opportunities, with Henrikh Mkhitaryan striking the post, but pay per head services saw that they were not able to force the third goal as Real edged through 3-2 on aggregate.

And price per head services found out that even though they left the competition, Klopp was delighted with his players for the way they fought.

“Neven Subotic said to me after the game, ‘I couldn’t be prouder of this team’,” he said.

“That’s what the Champions League is about. We were superior tonight, but should have scored last week.

“Tonight’s game was so good that there is absolutely no-one to blame for not qualifying.

“The atmosphere was awesome. We wanted to prove a point and we did that with our incredible performance.”

In the meantime, pay per head services learned that defender Mats Hummels had conflicting feelings over Tuesday night’s events.

“It’s a case of mixed emotions,” he said. “We had our chances and came so close to clinching a miraculous win.

“We continue to prove exactly what this team is capable of against the best teams in Europe.

“The fans were exceptional. It was almost impossible to communicate with teammates they were so loud.”