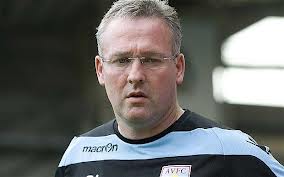 Paul Lambert and price per head services praised Aston Villa’s performance in the second-half when they faced Arsenal in Monday’s 2-1 loss in the Premier League.

Villa was difficult to break down until a quick-fire double in the first half put the Gunners in a commanding lead at Villa Park.

Pay per head services saw that the scoring was opened by Jack Wilshere, capping off a fine move by Arsenal with a controlled finish with the left foot, and the England international was Olivier Giroud’s provider with a chipped pass that the French player controlled and sent past Brad Guzan.

Then price per head services were at the edge of their seats when Christian Benteke stooped low to send home Matthew Lowton’s excellent cross and end a drought of 11 games without a goal in the Premier League.

The hosts were reinvigorated by that goal, as they applied a lot of pressure in the closing stages, but pay per head services saw that they weren’t able to level.

And Lambert was delighted with his side’s response after the break, and believes that Villa could have taken a point from the match.

“Second half we were excellent,” the manager said. “We looked great and a real threat. We were lifted by the goal, it’s not easy playing Arsenal, they are title contenders but everybody can see we gave them a game.

“You have to give us credit. We came into it but we might have snuck a draw.”

Price per head services were concerned when the Scotsman also confirmed that centre-back Nathan Baker suffered a concussion after he was struck in the face by Serge Gnabry in the first half – an incident that he felt set back his side’s progress.

He added: “Nathan Baker was concussed, he took a blow to the side of his head. That was dangerous and it rocked us a bit, we had worked all week on the system but thankfully he’s a lot better.

“He throws himself into things, that’s what he does.”