Price per Head: Lambert rubbishes talk of Lambert being disheartened 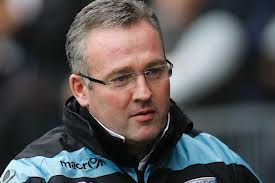 Price per head services found out that Paul Lambert, Aston Villa manager, rubbished talk of Gabby Agbonlahor being put off by not earning an England recall.

Agbonlahor assisted in scoring four goals in as many matches this season, and price per head services saw that he was impressive in Villa’s counter-attacking set-up that was able to secure an opening-day victory at Arsenal, while also giving Chelsea and Liverpool problems in narrow losses.

The striker was capped three times for England, but price per head services know that he did not feature for almost four years – the last time that he competed at international level was in October 2009 against Belarus.

Pay per head services saw that so far this season, Rickie Lambert played in both of Roy Hodgson’s England squads, scoring two times in three games, and Lambert dampened suggestions that the striker should have been called up ahead of the Southampton player.

“I’m not going to tell Roy Hodgson how to do his job,” the Scot said. “That’s his prerogative, to pick the national team. It’s hard enough to pick any team.

“From my own point of view he’s been playing fantastically for me, he really has.

“In the last three games he’s been excellent. He’s been at the top of his game against the best teams in the land in Arsenal, Chelsea and Liverpool.

“To be fair to Gabby he hasn’t let it bother him; he’s just got on with it. You can’t influence somebody to pick somebody.
But for me and this football club, he’s playing really well.

“The England players are really top players anyway. England are still in the driving seat so the point was a really good result. People said ‘they didn’t do X, Y and Z but it was a fantastic result for them to go there and get something.

“They’re still in the driving seat so there’s no problem there.

“But in terms of Gabby and this football club, he’s been excellent.”