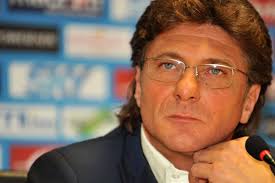 Walter Mazzarri, Inter coach, felt angry by two refereeing decisions during his side’s 1-0 loss on Monday to Lazio, and price per head services know that many fans also weren’t very happy at all with the officiating in the match.

Price per head services saw that a goal scored by Miroslav Klose nine minutes from time condemned Inter to a loss as the team fell to sixth, thanks to Verona’s 3-1 victory at Udinese.

But pay per head services found out that Mazzarri questioned the decision by referee Antonio Damato to only book Andre Dias after he pulled down Fredy Guarin when through on goal besides not giving a penalty when Rolando seemed to be fouled at a set piece in the area.

“Games that are so evenly balanced can also be decided by right or wrong decisions from the match officials, such as the non-sending off of Dias or the clear penalty on Rolando,” he told Sky Sport Italia.

“Lazio made the most of their only chance in the second period thanks to a great player like Klose. As for Dias, we were reduced to ten men against Napoli for a similar foul… but let’s move on.”

Pay per head services can see that the loss gives a bad start to the year for Mazzarri’s players after they strongly finished last year with a 1-0 win over rivals Milan.

Even though he did not want to blame Damato for all that went wrong, Mazzarri added that this was not the first time he felt that his side were punished due to poor officiating, and price per head services could see that many fans were also disappointed.

“I’m not going to blame everything on the refereeing mistakes but this was a match that should have ended as a draw,” he added.

“If you ask me whether the referees can influence things with their decisions, then yes, there were two mistakes today. As there have been others in other games.”