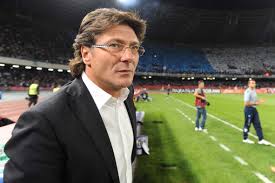 Walter Mazzarri, Inter coach, criticised the referees again after his team was defeated 1-0 to Udinese on Thursday in the Coppa Italia, and price per head services could clearly see that the coach was furious.

The decision to not give Diego Milito a penalty for a shirt tug left Mazzarri furious after the game as he slammed the referee for the second time in four days, and price per head services saw that many fans were also not very pleased.

“You too saw the incidents today, so nobody can say ‘Mazzarri complains about referees.’

“I don’t want to talk about it anymore for the rest of the season.”

The coach believes that his team, who are sitting sixth in the Serie A, deserved to get more out of the match against Udinese, and price per head services know how controversial this situation is proving to be.

“The second half was an Inter monologue,” he said.

“We are a work in progress and I had to evaluate a few things, so I needed this game to experiment.

“We were a little shaken up in the first half and suffered (from) Udinese’s pressing. The result is harsh on us, but these things happen in football.”

The former Napoli coach stressed that Inter are still on track to get their pre-season goals, but also said they were behind where they wanted to be, and pay per head services wonder if things will turn around for his side.

Mazzarri also denied that he still had to prove himself.

“This summer we set certain parameters and we’re on track with those. We’re missing a few points in the league, but I think we are doing very well,” Mazzarri said.

“I don’t have to convince anyone, as last season Inter failed to qualify for Europe for the first time in 14 years and it’s a sign this club is going through a difficult time.

“People must accept we are a work in progress. We’ve only lost three games and had a few too many draws, but this squad has a soul and cannot do everything in one year.”