Price per Head: McHale beats an eight-seeded Garcia in Quebec 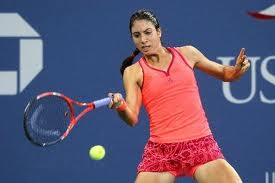 An eight seeded Caroline Garcia missed out on a quarter-final spot at the WTA Bell Challenge in Quebec City after being beaten by Christina McHale in three sets, in a very intense clash that was followed by price per head services all over the world.

Garcia raced through the first set, but price per head services saw that the player ended up missing out on wrapping up the win as McHale was the winner of the tiebreak.

Now price per head services can’t wait to see McHale take on Polona Hercog in the last eight, and many wonder what will happen in this meeting. Hercog was able to properly beat top seed Kirsten Flipkens in the first round, and pay per head services were very impressed to see the Slovenian player keep her exceptional form when she defeated Julie Coin 6-0 6-2.

Eugenie Bouchard, who is seeded fifth, did not have it all her own way during her first-round tussle with Sofia Arvidsson, but the player was eventually able to win 6-1 2-6 7-6 (7-0), setting up a meeting with Sesil Karatantcheva, and price per head services all over the world can’t wait to see what will happen when this match gets underway.

Anastasia Rodionova pushed Andrea Hlavackova all the way in the first two sets of their first-round match, but ended up dominating the third on her way to a 7-6 (7-3) 5-7 6-1 victory.

And price per head services also saw that Petra Martic beat Lucie Hradecka 6-4 7-6 (7/1) in round one.

Price per head services saw a plenty of action in the sport, as well as great talent, and will closely monitor each player’s progress.